The Grandmaster of the JEET KUNE DO 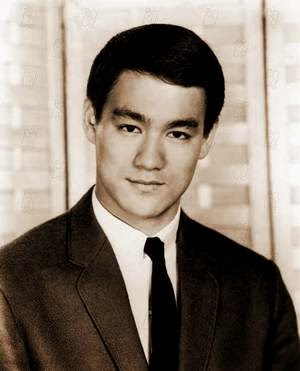 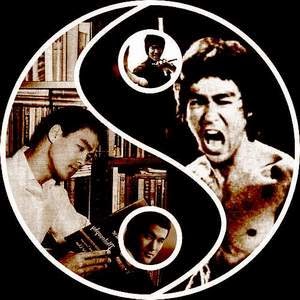 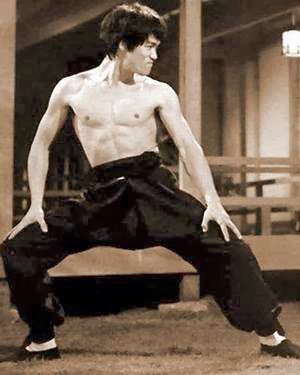 Lee was born in , on to parents from and was raised in with his family until his late teens. He was introduced to the film industry by his father and appeared in several films as a child actor. Lee moved to the at the age of 18 to receive his higher education, and it was during this time that he began teaching martial arts. His Hong Kong and Hollywood produced films elevated the traditional Hong Kong Martial Arts film to a new level of popularity and acclaim, sparking a surge of interest in Chinese Martial Arts films changed and influenced martial arts and Martial Arts Film in Hong Kong and the rest of the world. 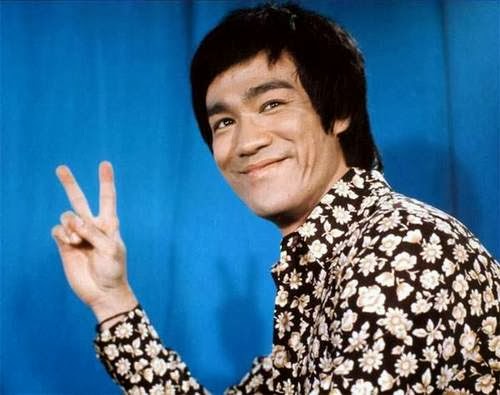 He is noted for his roles in five feature-length films: Lo Wei’s The Big Boss 1971 and fist Fury and (1972); Way of the Dragon (1972), directed and written by Lee; Estnrt Brothers, Enter the Dragon’ (1973) and The Games of Death (1978), both directed by Robert Clouse, Lee became an iconic figure known throughout the world, particularly among the Chinese as he portrayed Chinese nationalism in his films. 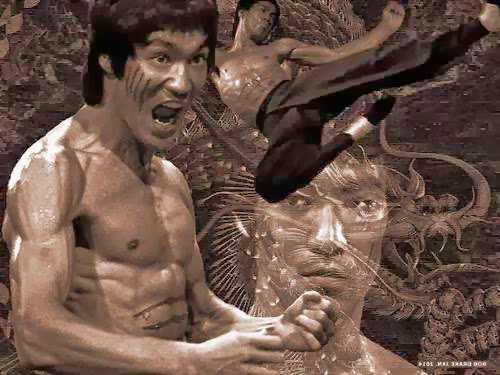 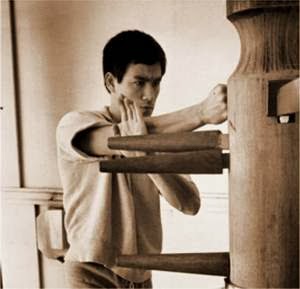 He initially trained in Wing Chun Kung Fu, but later rejected well-defined martial art styles, favoring instead the use of techniques from various sources, in the spirit of his personal martial arts philosophy, which he dubbed Jeet Kune Do (The Way of the Intercepting Fist). Lee held Dual Citizenship of Hong Kong and the . He dies in Kowloon Tong on at age 32. 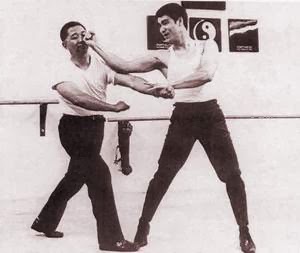 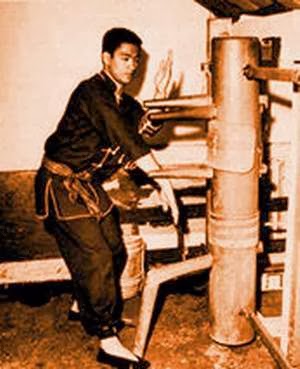 The largest influence on Lee’s martial arts development was his study of Wing Chun. Lee began training in Wing Chun at the age of 13 under the Wing Chun teacher Yip Man in 1954, after losing a fight with rival gang members. Yip’s regular classes generally consisted of the forms practice, chi sao(sticking  hands) drills, wooden dummy techniques, and free-sparring. There was no set pattern to the classes. Yip tried to keep his students from fighting in the street gangs of by encouraging them to fight in organized competitions.

New life in : At the age of 18, Lee returned to the with $100 in his pocket and the titles of 1957 High School Boxing Champion and 1958 Crown colony Cha Cha Champion of Hong Knog. After living in for several months, he moved to in 1959, to continue his high School education, where he also worked for Ruby Chow enrolled at the , majoring in drama according to the university’s alumni association information, not in philosophy as claimed by Lee himself and many others. Lee also studied philosophy, psychology, and various other subjects. It was at the that he met his future wife Linda Emery, a fellow student studying to become a teacher, whom he married in August 1964. 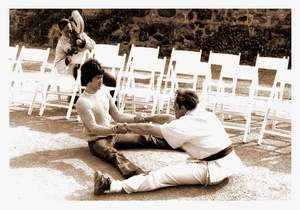 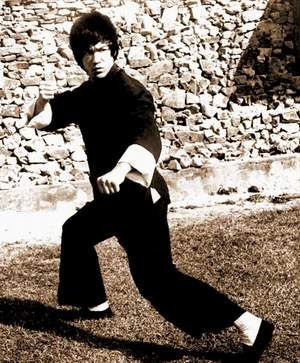 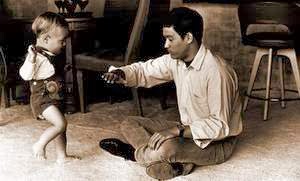 Jun Fan Gung Fu: Lee began teaching martial arts in the in 1959. He called what he taught Jun Fan Gung Fu (literally Bruce Lee’s Kung Fu).It was basically his approach to Wing Chun Lee taught friends he met in , starting with Judo practitioner Jesse Glover, who continued to teach some of Lee’s early techniques. Taky kimura became Lee’s first Assistant Instructor and continued to teach his art and philosophy after lee’s death. Lee open his first Martial Arts, named the Lee Jun Fan Gung fu Institute, in . Lee dropped out of college in the spring of 1964 and moved to to live with James Yimm Lee. 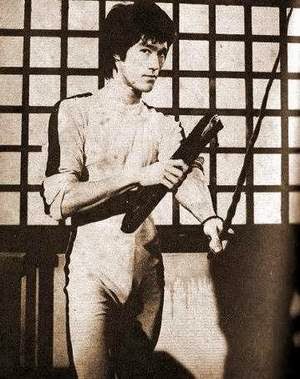 James Lee was twenty years senior to Bruce Lee and a well known Chinese martial artist in the area. Together, they founded the second Jun Fan martial art studio in . James Lee was also responsible for introducing Bruce Lee to Ed Parker, royalty of the U.S martial arts world and organizer of the Long Beach International Karate Championship at which Bruce Lee was later “discovered” by .
Jeet Kune Do: The Jeet Kune Do emblem is a registered trademark held by the bruce Lee Estate. The Chinese Characters around the Taijitu symbol read: “Using no way as way” and “Having no limitation as limitation” 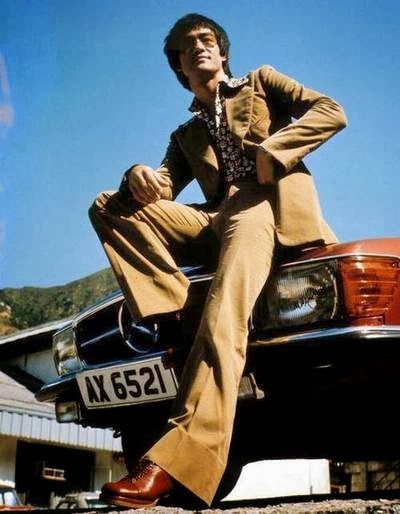 The arrows represent the endless interaction between yang and yin. Main article: Jeet Kune Do Jeet Kune Do originated in 1967. After filming one season of The Green Hornet, Lee found himself out of work and opened The Jun Fan Institute of Gung Fu. 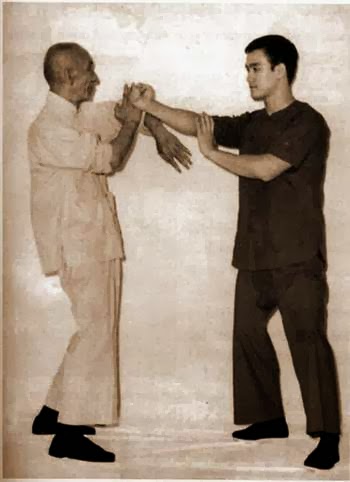 A controversial match with Wong Jack Man influenced Lee’s philosophy about martial arts. Lee concluded that the fight had lasted too long and that he had failed to live up to his potential using his Wing Chun techniques. He took the view that traditional martial arts techniques were too rigid and formalistic to be practical in scenarios of chaotic street fighting. Lee decided to develop a system with an emphasis on “practicality, flexibility, speed, and efficiency”. 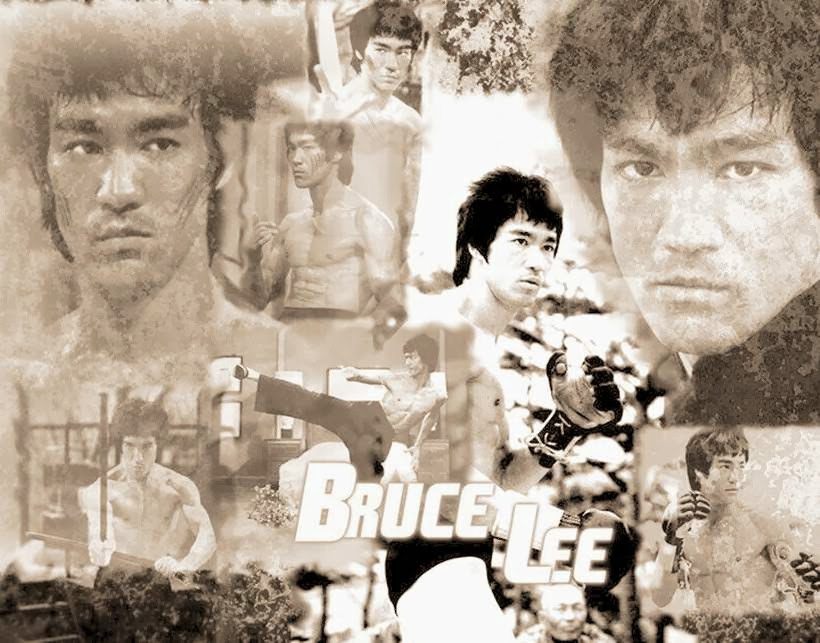 He started to use different methods of training such as weight training for strength, running for endurance, stretching for flexibility, and many others which he constantly adapted, including fencing and basic boxing techniques. 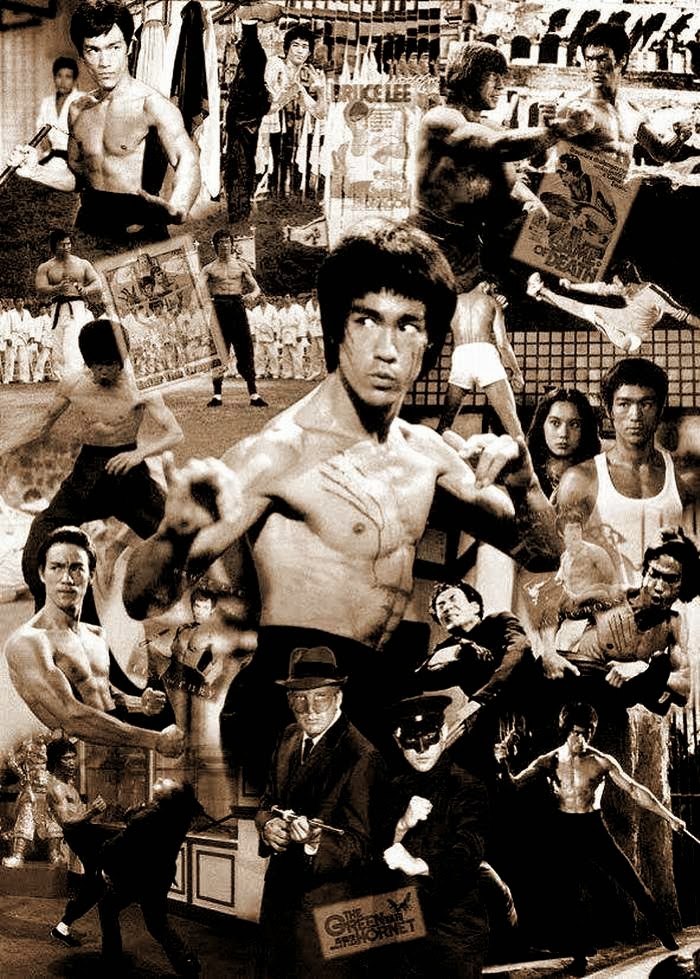 Email ThisBlogThis!Share to TwitterShare to FacebookShare to Pinterest
Labels: Grandmasters